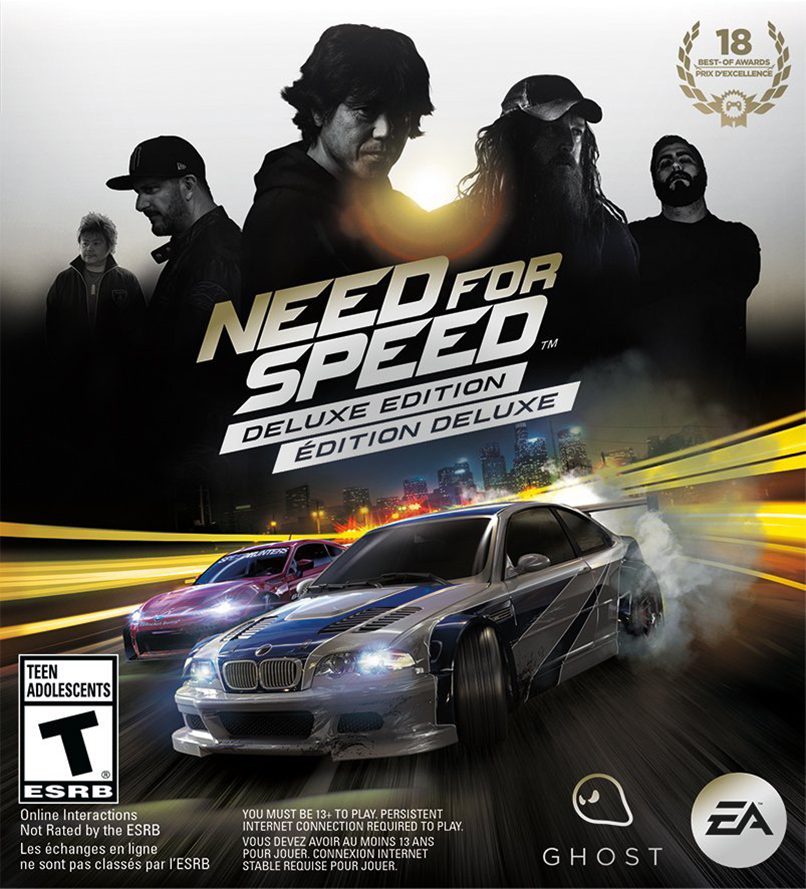 NEED FOR SPEED
Ready to own the streets? Get behind the wheel of iconic cars and floor it through Ventura Bay, a sprawling urban playground. Explore overlapping stories as you build your reputation – and your dream car – and become the ultimate racing icon. Play again and again because this time, you have 5 distinct ways to win.

GAME FEATURES:
Optimized for PC. Get an unlocked frame rate and experience Need for Speed at 4K resolution, only on PC. Plus, feel the thrill of street racing with steering wheel and peripheral support from a range of manufacturers including Logitech, Thrustmaster and Fanatec.

Rich authentic customization. Build a car to reflect your character with extensive visual and performance customization options. Because your ride should look as good as it handles.

West Coast playground. Discover Ventura Bay. From the dense city streets to the winding roads that lead you to the harbor and through the canyons, this is your home turf.

Play your way. Need for Speed returns with 5 unique ways to play: Speed, Style, Build, Crew and Outlaw, enabling you to earn reputation and ultimately win your way.

Be part of the story. Step into a richly created world and be part of an immersive story that takes you all over Ventura Bay.